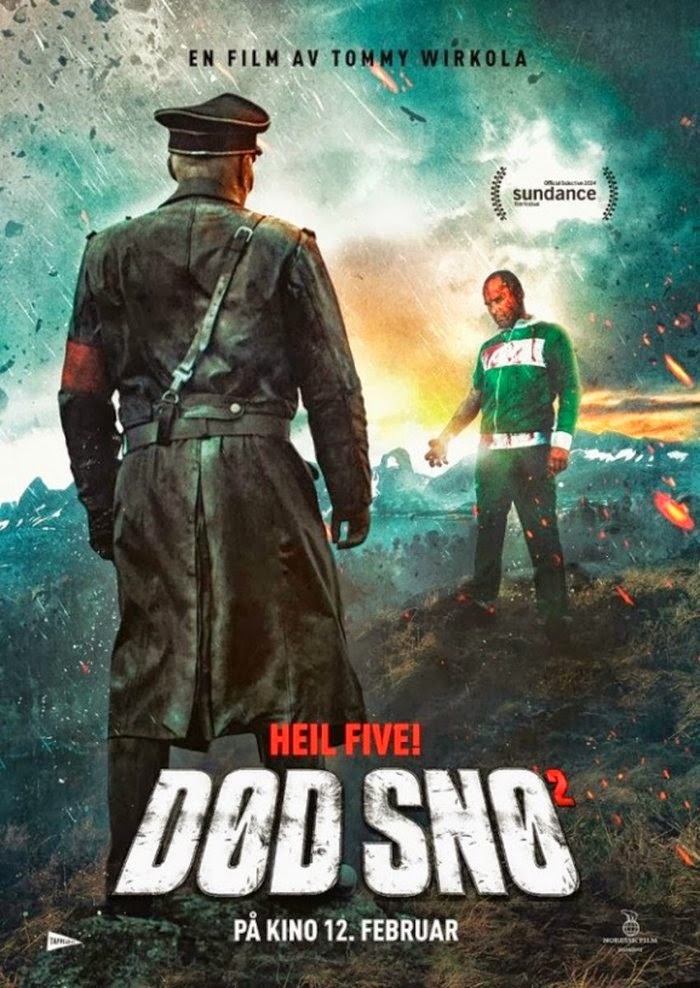 Död snö 2 starts when the original ends, the lead character having sawed his arm off, accidentally killed his girlfriend and fled the scene of the crime with the nazi treasure returned to it original "owners". Unfortunately he falls asleep at the wheel and crashes his car, only to awaken to find himself accused of murder and the nazi commanders arm grafted onto his stump. The zombie nazis are still on the march and now he has to escape the law and find out what their target is before everyone is killed. Well, it turns out that their original target is to kill everyone. Surprise.

The sequel to Död snö is bigger, gorier and has a much higher budget, giving Wirkola and his fellow filmmakers a chance to fill the screen with hundreds of zombies and a shitload of goofy gore. Unfortunately, and this is a big one, someone decided to include a group of American characters that are amongst the unfunniest I've seen for years. It's like a group of Norwegians sat down and wrote what they thought American nerds were like, without ever having met an American in person and based them on the lamest US comedy shows they had seen. Nothing about them is funny, nothing! That includes the dialogue that to me, a Swede, felt like nothing an American would say. They're even supposed to be nerdy teens that live at home with their parent and are played by 30+ actors. Argh. I could fill pages upon pages with bad things to say about them. Argh.

Fortunately the rest of the movie is quite entertaining with a great Norwegian cast and a lot of tasteless violence where no one is spared, not even babies. A good enough sequel but the fucking Zombie squad does so much damage that it is almost irreparable. And those überlame Star Wars jokes. Those god damn Star Wars jokes. What the hell were they thinking?
Upplagd av Jocke Andersson kl. 11:09 Inga kommentarer:

Skinless (formerly known as The Ballad of Skinless Pete) (2013) 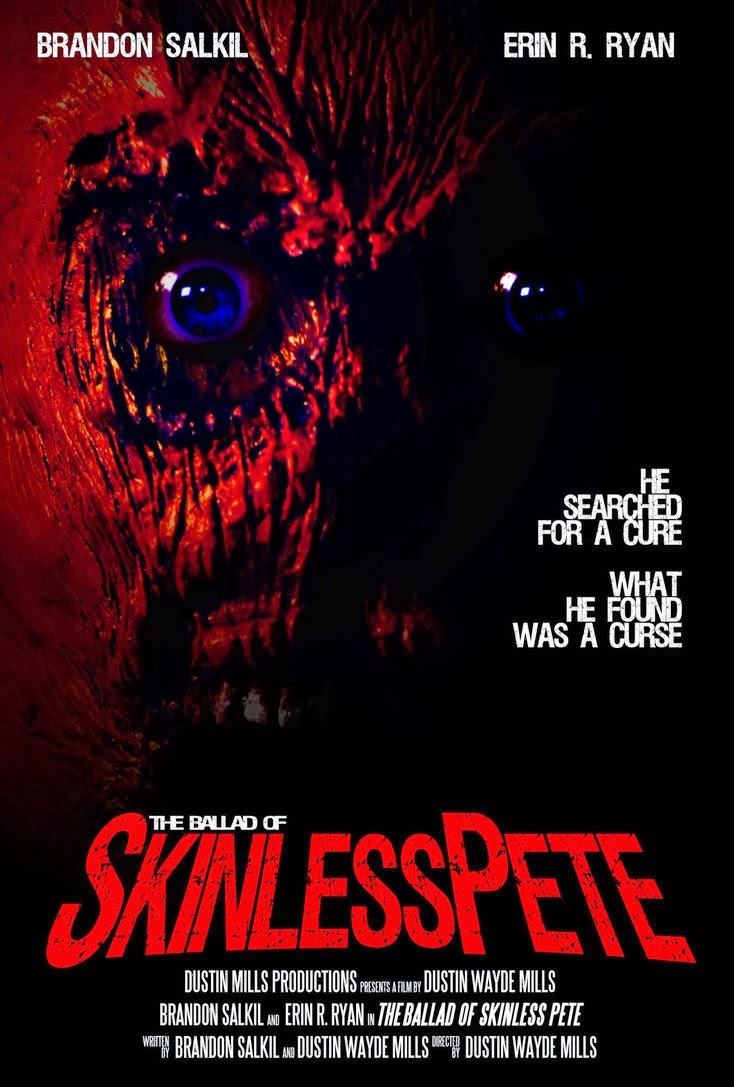 Dustin Mills latest is a microbudget little nugget of slimy joy, basically The Fly versus The Incredible Melting man. It tells the story of Dr Peter Peele who is trying to find a cure for cancer by using the enzyme from a parasite. As funding falls through he decides to test it on his own inoperable skincancer which at first seems to work very well. But, since this is a horrormovie, all goes straight to the lesser known circle of hell: the circle of blood and slime!

Mills is getting better and better with the art of telling a story for every movie he makes. I've been following his career from the start, ever since Puppet monster massacre (although it wasn't actually the first one I saw, though I did buy it on its release) and you can somehow watch him putting the pieces of his storycrafting together one piece at a time. With Skinless (I did like the The Ballad of Skinless Pete title better but I suppose it's easier to sell it without a title that sounds slightly phallic) he has made an oldfashioned monstermovie his own way, pouring on buckets of slime and blood, sprinkling it with nuggets of nudity and arrived at a nice little movie. Slightly hampered by its miniscule budget, yes, but nowhere near enough to lessen your enjoyment. Brandon Salkil, Mills own Bruce Campbell, does his usual schtick, chewing the scenery with gusto and Erin P Ryan does a good job with her role as his colleague who ends up a victim of his experimentations. More importantly, they hold up well enough to sustain a narrative that is essentially a two person show, something that could have killed this movie outright in the hands of the wrong person(s). The script isn't actually reinventing the wheel but the pace is good and the story is intriguing. Good, slimy fun for the whole family.

So, in short, if you like watching people melt you should get this. You can buy it from here. 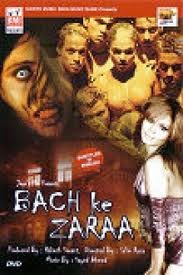 Ever thought that Evil dead was a fun movie but felt that it would have been better if it was acted out by a group of possibly mildly retarded Indian people (the dialogue is pretty damn preposterous and make the cast sound more than a little intellectually challenged) and had a couple of cheesy song and dance numbers? Well then, here you have Bach Ke Zara, an exact replica of Evil dead, Bollywood style. Made in 2008, this oddity looks like it could have been made in 1988. Scene by scene is replicated, only with far less graphic violence and talent, and tons of music I'm pretty sure was stolen from other movies. If you thought Bruce Cambell was overacting in the original, wait until you see this, the hysterical crying and whining of these Bollywood actors goes to a whole new level of absurd. It is on the other hand slightly more raunchy than I expected a Bollywood movie to be. No nudity or things like that, only a lot of grinding asses and bare flesh. Heck, there is even a little sideboob at one point! 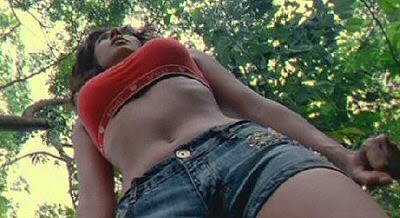 No, this is far from a good movie. On the other hand, there is quite a lot of fun to be had watching how the Bollywood filmmakers steal scene after scene after scene of the original movie. It is entertaining to say the least and it is fricking hilarious to hear someone scream "Shut up, you rascal!" to a possessed person. Just watch the hilarious overacting in this dramatic scene where one of the cast just has chopped up his possessed girlfriend with an axe. Then decide if the rest of the movie is worth it.
Upplagd av Jocke Andersson kl. 14:07 Inga kommentarer: