Let's face it, this blog is dead. My patience for writing proper reviews has kinda gone and died, I just haven't estimated a time of death. So, here goes (if there actually is someone reading this):

I do still write at least a couple of sentences on every movie I watch over at Letterboxed so if you have an account please follow me there. 271 so far this year. http://letterboxd.com/tentaclatron/
Upplagd av Jocke Andersson kl. 19:20 2 kommentarer: 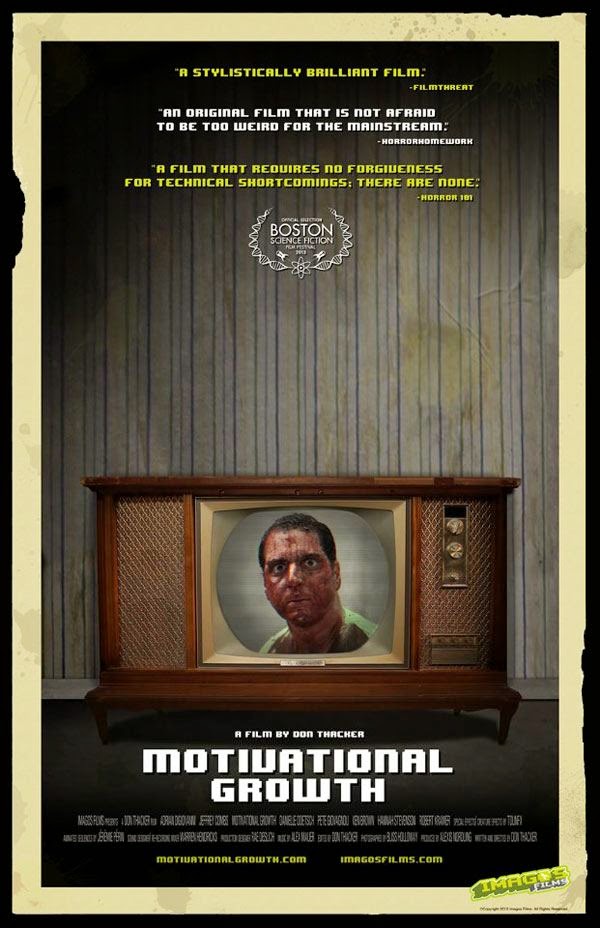 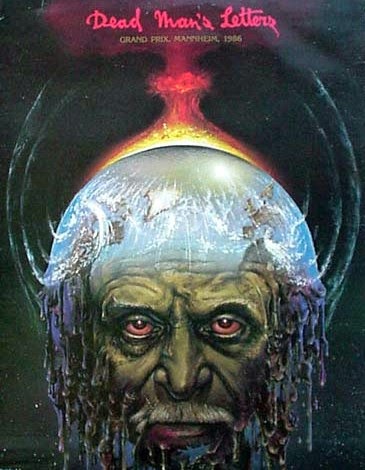 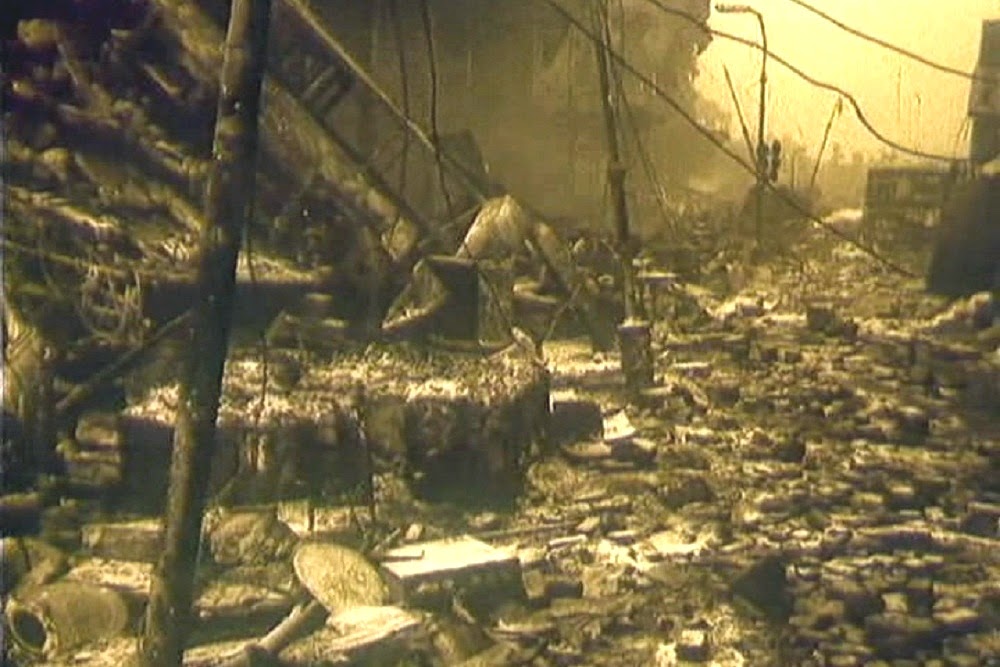 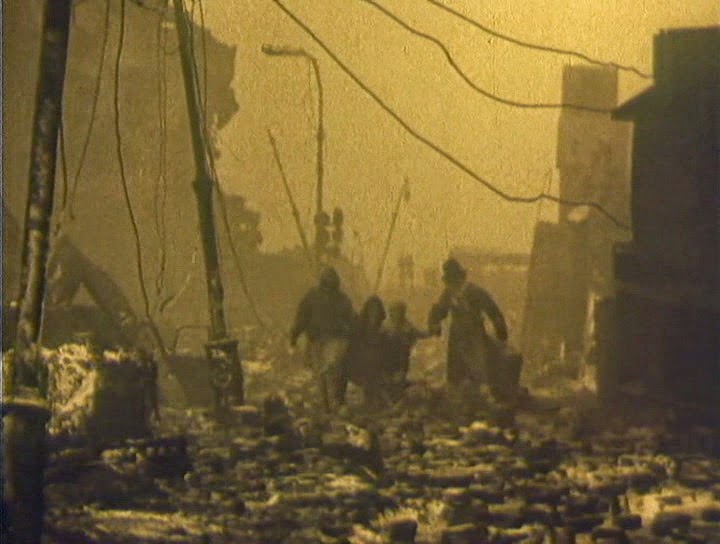 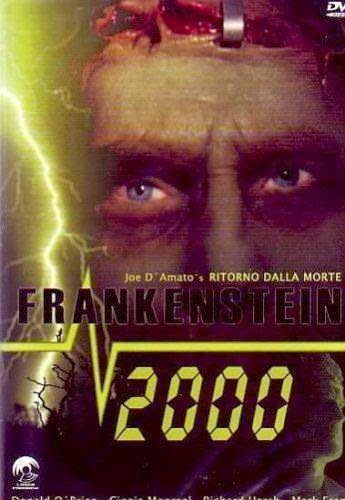 A young woman working in a video store (Cinzia Monreale of The Beyond) is attacked by a group of young thugs but is saved by her handyman (Donal O'Brien of Zombie Holocaust among others). They return later to finish their job and manages to put her in a coma. The handyman is set up for the crime since one of the young men is the son of the towns wealthiest man and murdered in his cell. Little do they know that the woman has psychic powers and raises O'Brien from the dead for some bloody revenge. Yes, it's Patrick Italian style.

Unfortunately this is not some lost classic of the Italian gore movie era even though I kinda wanted it to be. Frankenstein 2000 is strangely paced, has a script full of idiotic dialogue and probably the worst dubbing job ever (and I do not say this lightly, I have seen quite a few). Every third sentence spoken has strange pauses in the middle as if the voice artist was new at this job and desperately tried to fill in the dialogue. It's hard to say if the actors are doing the job because of this but at least the leads acquit themselves well. It also takes about an hour for the mayhem to start which will tax the patience of some not equally used to this type of movie.

But since this is a Joe D'Amato movie it still looks good, he always was a professional when it came to the cinematography and the direction. When things finally get going and Donal O'Brien is raised from the dead and walks around with a giant scar on his forehead we get a couple of cheap but nice gore scenes and Mr O'Brien is quite a nice hulking figure of death. For nostalgics like me this is good fun. The German dvd I bought is more than decent and the best three euro I ever spent.
Upplagd av Jocke Andersson kl. 18:00 Inga kommentarer: 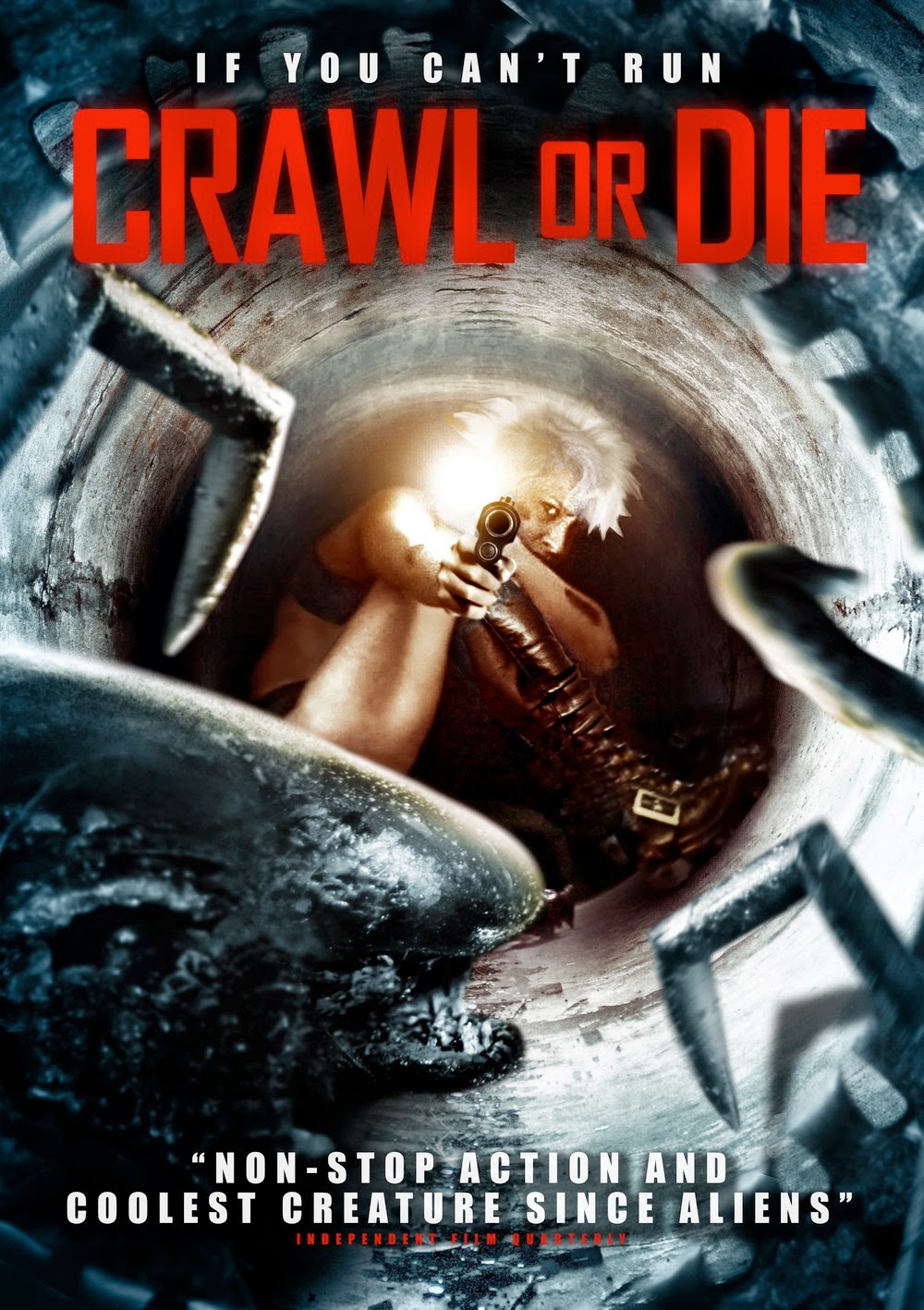 An interesting story (A team of soldiers escorting the last fertile woman off world but end up trapped in a strange underground complex where the tunnels become increasingly smaller and tighter while being hunted by an alien lifeform killing them one by one) slightly brought down by a minimal budget. Actually, minimal would be the overstatement of the year. Some of the sets are unbelievably cheap, you can hear it being made of wood as they touch it. And let's discuss the alien creature. Seen Alien? Oklahama Ward has. And added spider legs. Gigers estate could sue (and win).

But it still works, it really does. I love Alien ripoffs and Crawl or die is far from the worst I've seen. The creature might be "inspired" but Ward took the creepiest bits out of Alien and used them well here, the glimpses of the creature crawling through the tunnels right behind the soldiers are quite effective. After reading some comments on Imdb about how the producer gave him a bit of money for cgi but realizing that it would look awful makes me happy that he chose to do it this way. And frankly, it looks more like the creature from the lovely Forbidden world that also was straight out Alien, which also was a quite clear ripoff. Ripoffs rule and I use that word in a positive meaning.

So, maybe mainly for Alien ripoff addicts and claustrophobics. Like me. It's an accomplished movie and there is a lot of tension, especially towards the end when the creature is so close that it almost can touch our leading lady. Let's hope Ward gets a budget next time, either remaking this with better production values or a sequel that makes him realize his visions a bit stronger. 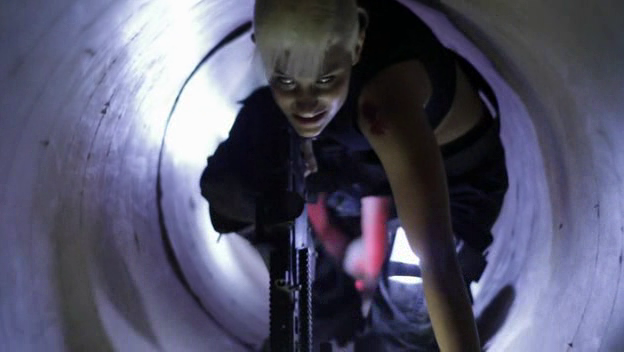